Celebrating Earth Day 2021 and a True Commitment to Sustainability 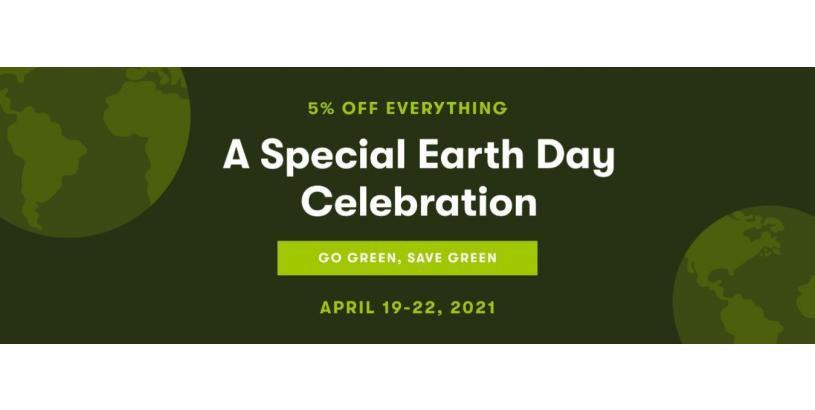 Celebrating Earth Day 2021 and a True Commitment to Sustainability

This year marks 50 years since the premier of what is known as the “Crying Indian” commercial. In this award-winning TV ad, an anachronistic  Native American paddles an anachronistic canoe through trash in the San Francisco Bay to end up standing next to a highway where fast-food trash thrown from a car lands on his anachronistic moccasins, at which point he turns to the camera as he sheds a single tear.

The decades have revealed, not surprisingly, that the commercial was not necessarily what it seemed to be. Although the actor, Iron Eyes Cody, had dozens of American Indian roles over the years, he was not actually Native American. Somewhat ironically, hundreds of actual indigenous Americans were occupying Alcatraz Island at the same time the commercial was being filmed nearby, asserting their right under treaty to take back their land if the U.S. government was no longer using it.

The message of the commercial was also not what it seemed, as an intoned voiceover coincided with the camera zooming in on the lone tear: “People start pollution, people can stop it.”

Well, true enough, in the way that half-truths are exactly true enough. And it could even be seen as a whole truth and nothing but a truth if you consider that corporations and manufacturers are made up of people. But the other truth is that the commercial was funded by a group of businesses who, while tugging on our individual littering guilt with one hand, were lobbying against systemic environmental protection laws with the other. To wit: We don’t want to be forced by law to manufacture beverages in reusable containers because it’s more expensive and it’s not our fault that people throw our plastic bottles on the ground. It’s the people’s fault, and they should stop it, and we don’t mind telling them to stop it with a wildly manipulative commercial that takes attention away from our role in the whole thing … and you’re welcome.

The intentions of its backers aside, the commercial was so popular because it tapped into an emerging awareness among the public at the time that certain things needed to change. Today, with global warming at a critical stage, it’s hard to imagine that a lot of progress has actually been made since then. But fifty years ago, in the U.S., things were just really dirty. The words “pollution” and “litter” seem almost quaint to us now because the regulatory environment has done so much in recent decades to alleviate visual impacts on the environment. If you see someone throw a bag of fast-food trash out of their car today, you are surprised if not shocked. Fifty years ago, it was a very common occurrence. And while rivers may not always be as clean as we would like even now, they aren’t so filled with trash and industrial waste that they catch fire, a not uncommon event in cities that were home to heavy industry throughout much of the 20th century. And The Clean Air Act, passed in 1970, has decreased smog dramatically in urban areas throughout the country.

The first Earth Day, celebrated in 1970, the year before Iron Eye shed a tear, was immediately successful. In 1971, a survey indicated that 25% of the U.S. public agreed that protecting the environment was important. That was a 2,500% increase compared to a survey conducted in 1969.

Over the years, as 50 Earth Day celebrations have come and gone, the word “sustainability” has come to the fore, and the focus has shifted away from “do less harm” to “do more good.” Many businesses have recognized that words alone and blaming consumers are not actually sustainable approaches to decreasing negative impacts on the environment. In fact, it’s considered bad business at this point. Businesses that are truly committed to sustainable practices are defined, not by their words but by their actions, not by declarations but by demonstrations.

As we at Olam join you in celebrating Earth Day 2021, we are reminded that sustainability is as sustainability does. We are not only celebrating with an unprecedented sale (5% off sitewide from 4/19 through 4/22!), we are highlighting our commitment to sustainability and the long-term health of our planet on Earth Day—and every day, for that matter. May the list of links below be a reminder that we should never stop growing, learning, and caring for the world around us.

Our 2,000-hectare certified green Arabica coffee plantation is located in the Songea Rural District of Southern Tanzania along the Ruvuma River, and is managed to strict environmental and social standards by our AVIV Tanzania subsidiary. We are proud that Olam Aviv was the first agri-business globally and first business in Africa to have a site achieve the Alliance for Water Stewardship Standard. Certified by Rainforest Alliance/UTZ and 4C, the plantation employs many people from the local community and has invested in social infrastructure.

PAIRING COFFEE WITH LEMONGRASS FOR HEALTHIER PLANTS AND PEOPLE

ABSORBING THE IMPACT OF COFFEE WASTEWATER

THE COMMON GROUND BETWEEN COFFEE AND CHICKENS

AN OUTSTANDING CUPPA FROM POST-HARVEST TRAINING

THE PRUNING PRACTICES THAT HELP CREATE THE PERFECT CUP

WAKING UP TO BETTER WORKING CONDITIONS IN THE COFFEE VALUE CHAIN

INVESTING IN THE COMMUNITIES BEHIND OUR COFFEE BEANS

INSPIRING THE NEXT GENERATION OF COFFEE FARMERS

KNOWLEDGE IS EMPOWERING - HELPING COFFEE FARMERS TO BE MORE PRODUCTIVE