How Centrals Came to America 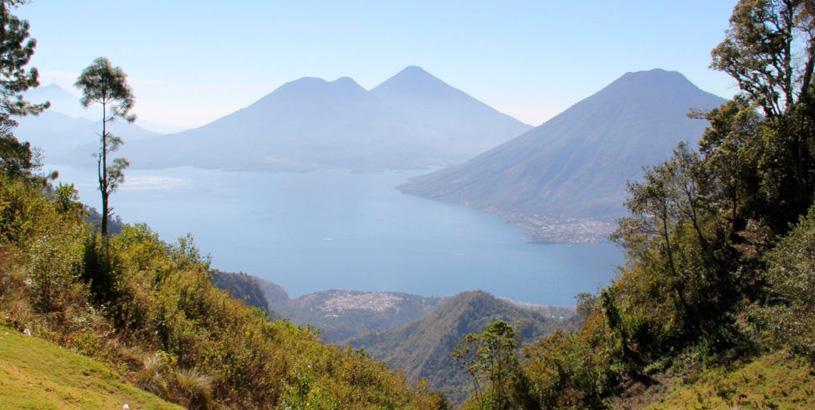 How Centrals Came to America

After the failed attempt on his life in Sarajevo on the 28th of June, 1914, Austrian Archduke Franz Ferdinand decided to visit the victims of the grenade intended for him that morning. Unfortunately, rather than take the Archduke and his wife to the hospital to visit the victims, their driver mistakenly took the route previously planned for the day’s itinerary. Waiting along that route was Gavrilo Princip, part of the assassination team. While some more recent narratives inaccurately depict Princip as stopping to eat at a café and coincidentally spotting Ferdinand’s car, in fact, he was simply executing “Plan B,” stationing himself along the next leg of the planned route. The coincidence was the driver stopping the car just a few feet away from where Princip was standing in order to change direction and head for the hospital. Princip only needed to take a few steps into the street to shoot and kill Ferdinand and his wife, Duchess Sophie Chotek.

Six thousand miles away, across Central America, the last of the 1914 coffee crop was being loaded for shipment. The events in Sarajevo that day would drastically change the destination of that coffee in coming years.

In 1914, 95% of Nicaragua’s coffee was exported to Europe and only 5% to the United States. In Costa Rica, 90% of the coffee crop went to Europe. Although imports of Guatemalan coffee into the United States would double between 1913 and 1914, 75% of Guatemalan coffee was still bound for Europe as Ferdinand’s assassination tipped the first in an odd configuration of geo-political dominoes, triggering alliances across Europe and eventually the globe.

Germany entered the war with a small but effective fleet of “U-Boats” and practiced unrestricted submarine warfare in the north Atlantic, meaning they would attack merchant ships, including ships carrying coffee. At the same time, the British Navy instigated a blockade to keep ships from reaching Europe. So, while German submarines kept the usual 50% of Nicaragua’s coffee crop from reaching France, British ships kept the usual 60% of Guatemala’s crop from reaching Germany.

Prior to WWI, 85% of the coffee grown in Central America was exported to Europe while most Americans were drinking coffees from Brazil and Mexico. Although there was some variety in coastal cities, the vast majority of coffee being consumed in America was bland and, it was pointed out by Europeans who owned coffee farms in Central America, too lightly roasted. But the presence of German submarines in the Atlantic, and the British fleet, essentially cut off the supply of Central American coffees to Europe.

Ships carrying coffee could not safely navigate the Atlantic but they had no trouble sailing along the West Coast of the United States, and so they did. San Francisco received 400,000 bags of coffee in 1914. By 1919 and the end of WWI, that number had risen to 1.2 million bags.

There were several coffee roasters in San Francisco that benefited from the increase in Central American coffee imports, but three names stand out. The growth of Folgers, Hills Bros., and MJB was driven, in part, by having access to high grown coffees with relatively complicated flavor profiles that most Americans had never experienced. Somewhat ironically, looking back from our vantage point, it was quality that helped fuel the eastward expansion of the San Francisco roasters, allowing them to truly compete for the first time with the East Coast roasters and establish significant business east of the Rockies.

For more than 50 years, the large East Coast coffee and grocery companies had pushed west and dominated the coffee business. While the San Francisco roasters that emerged in the years following the California Gold Rush were able to hold the eastern roasters at bay and keep control of the West Coast, they could not push back and expand east. The opening of the Transcontinental Railroad helped but it was good coffee… better coffee, that helped them finally push into the Midwest and beyond.

German submarines and a British naval blockade make for a good story about the arrival of Central American coffees in the United States, but they are not the whole story.

U.S. Department of Commerce chroniclers of the time do not mention the name of the company, but they tell of a large American coffee roaster purchasing a coffee plantation in Costa Rica in order to offer a premium coffee to customers. Within a few years, the company was selling the farm’s entire green crop to roasters in Europe because the profits were better than selling the roasted coffee in America, where retailers and consumers refused to pay a premium.

Central American plantation owners were also of the opinion that coffee roasters in the United States roasted their coffee too light. Thus mistreated, the coffee could not command a quality premium from consumers. Garrard Harris, from the U.S. Department of Commerce, put it like this when writing about Costa Rica at the time:

“Growers of the fine grades of coffee are not at all optimistic as to the outlook for a largely increased trade with the United States. The assertion is quite generally made that American people will not pay the price for the best quality, although for the best roasted coffee in the United States one has to pay from $0.30 to $0.45 per pound. Costa Rican experts offer the suggestion that, as a rule, the coffee in the United States is not roasted sufficiently; that the attractive ‘golden brown’ looks appetizing but has a rank and ‘raw” taste.’”

It was into this environment of skepticism that the “coffee men” of San Francisco began to send delegations to meet with Central American coffee producers years before the outbreak of WWI. Without any promise of a return on the effort, representatives of the coffee roasting industry in San Francisco made regular pilgrimages to Central America to meet and talk with farmers and learn everything they could about the coffee and its growers.

German submarines may have triggered the introduction of vast amounts of Centrals to America but the opportunity was prepared by relationships. How could Central American coffee producers shift so quickly to shipping their coffee to San Francisco after decades of supplying Europe? Because they knew the people. They already had relationships with the coffee buyers from San Francisco who, out of seeming prescience, established a presence in the region as an investment in the future.

The buying and selling of green coffee was, perhaps, one of the last international trading businesses to be based almost solely on a handshake. Relatively speaking, contracts came late to green coffee and the essence of the handshake remains inherent within the spirit of the coffee business because, when submarines suddenly appear in the water, you don’t want to depend on a contract, you want to rely on a relationship.