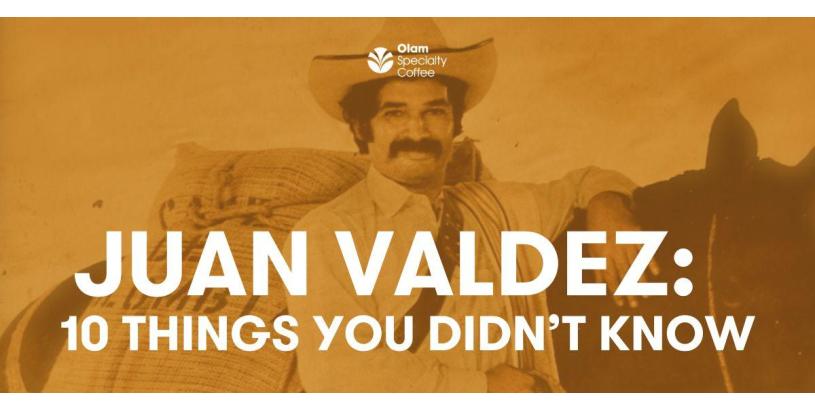 Posted in: Culture, Stories
By Mike Ferguson
More from this author

The coffee industry has had its share coffee spokespeople over the years, both fictional and nonfictional.

Folgers had Mrs. Olsen for over 20 years. Played by veteran character actor Virginia Christine, Mrs. Olsen carried a can of Folgers with her at all times, saving many marriages that were on the rocks due to bad coffee. Maxwell House had Cora, proprietor of a small general store in the country. Played by Margaret Hamilton, famous for her role as the wicked witch of the west, Cora only sold one brand of coffee in her little store. And, of course, those of a certain age cannot forget it was baseball legend Joe DiMaggio who helped reintroduced Americans to filter drip coffee as the spokesperson for Mr. Coffee brand brewers. The bigger than life “Joltin Joe” was a coffee product spokesperson for nearly as long as the fictional Mrs. Olsen.

There have been many others, from an early prototype of Kermit the Frog doing 10 second commercials for Wilkins Coffee in the late 50’s, to George Clooney pitching Nespresso; but for longevity and pure iconic-ness, none of them can really compare to Juan Valdez, the advertising character who has been representing National Federation of Colombian Coffee Growers for over 60 years.

You are probably familiar with the image of Juan Valdez, his signature mustache, traditional garb, and faithful mule in tow. But there are some things you probably didn’t know.

When Juan Valdez was originally introduced to the people he would represent, Colombian coffee farmers, the response was not enthusiastic. Some felt his appearance was too stereotypically traditional and they didn’t appreciate the mule as a sidekick because they were proud of their roads and modern infrastructure. But over the decades, the character of Juan Valdez has become appreciated and even beloved by many Colombians as a positive ambassador for the country. When Castaneda returned to his hometown from the official icon hand-off ceremony with Sanchez, dressed as Juan Valdez, he was greeted by large crowds of well-wishers, many of them crying. That’s when it struck Castaneda that he had taken on an important responsibility. So that, maybe, is another thing or two you didn’t know about Juan Valdez.