How is Coffee Decaffeinated? A Brief History and Overview of methodologies 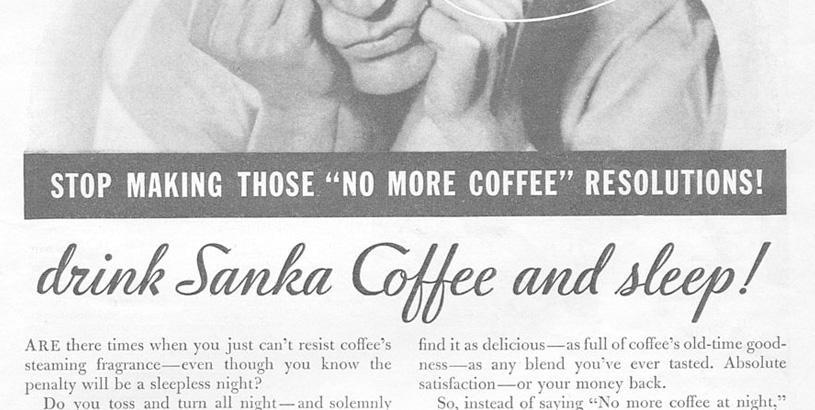 How is Coffee Decaffeinated? A Brief History and Overview of methodologies

When you think about decaf coffee, have you ever wondered: How is coffee decaffeinated? In the early 1900s, removing caffeine from coffee was a story about building a better mouse trap. Not surprisingly, the pursuit of commercially viable decaffeination began in earnest when coffee was being attacked as unhealthy, mostly by those seeking to sell supposedly healthy alternatives. Chief among these attackers was C.W. Post, founder of what would become the Post Brands— you know, Raisin Bran, Grape Nuts, Malt-O-Meal. He also created a coffee substitute called Postum.

Riding on the coattails of public sentiment that led to passage of the Pure Food and Drug Act in 1906 and other progressive social reforms, dozens of coffee substitutes emerged to challenge coffee with claims that cannot even be described charitably as pseudo-science. Postum was among the most aggressive attackers. This is from a Postum advertisement of the time:

“The woman who cares is watchful of every influence that bears upon her husband’s health. And her part lies largely in selecting proper food and drink. For example, when science says that coffee contains a drug whose constant use makes for premature old age, and whose reactionary effects cripple nerves and heart, she shelves the coffee and serves the delicious, pure-food drink POSTUM.” 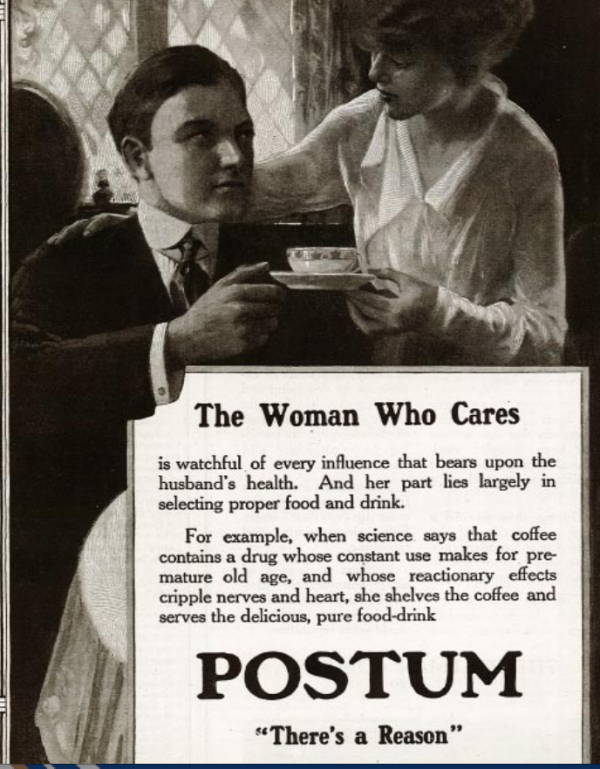 Of course, science said nothing of the sort, but considering that Post was claiming at the time that Grape Nuts cereal could cure appendicitis, nothing they put into print seems shocking. It should be noted that in 1913, when C.W. himself was dying of appendicitis, he did not request a bowl of Grape Nuts.

How is Coffee Decaffeinated? A Brief History

This was the context in which commercially viable methods for removing caffeine from coffee started appearing in the patent record, pioneered by coffee merchants in Germany. A team from the company “Kaffee Hag,” led by Ludwig Roselius, applied for a patent in 1906 on a method that involved steaming coffee with saltwater to expand the bean so caffeine could be removed using a variety of solvents. They eventually settled on benzene. The original “Roselius Process” is no longer used because benzene, it turns out, is not good for humans. But the idea underlying the process, which was discovered by accident when some green coffee was soaked in saltwater, is still fundamental to most decaffeination. No surprise there since caffeine is water soluble, but so are other important components in coffee, like the things that make us enjoy it, and therein lies the rub … or the scrub, as it were.

“For many reasons it is desirable to obtain coffee beans somewhat less rich in caffeine than the natural coffee, but otherwise having substantially the properties of such natural coffee. This involves some form of extraction with a solvent which will remove the caffeine without affecting the other constituents of the coffee to any great extent.”

Another inventor from Germany, Heinrich Trillich, also received a patent in 1910 for an ethyl acetate decaffeination process that was apparently different enough in its mechanics to stand apart from the Seisser method. 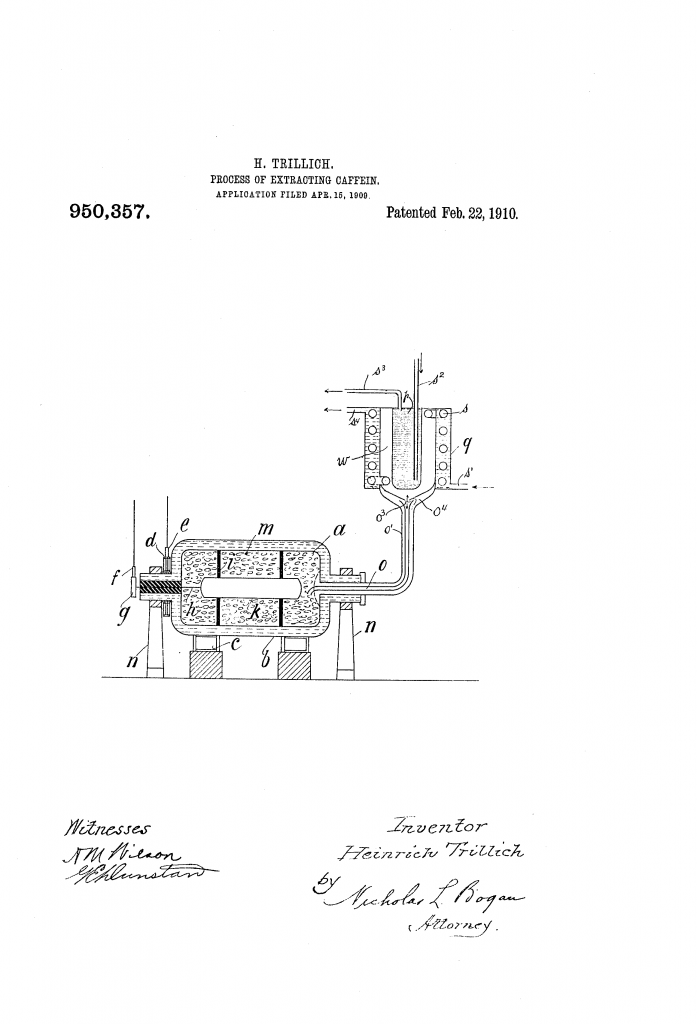 How is Coffee Decaffeinated? Understanding the Science

Ethyl acetate decaffeination is classified as a “solvent-based” method and these days the solvents used are limited to methylene chloride or ethyl acetate, both of which are completely safe. The potential for risk to human health is, according to the FDA, so low “as to be essentially non-existent.” In practice, residual methylene chloride amounts to one-tenth of that which is allowed by the FDA and even these acceptable traces don’t survive the roasting process, let alone brewing. Ethyl acetate decaffeination (aka “EA”) is even less of a concern. EA is sometimes labeled as “natural” because it is naturally present in ripening fruits, like apples.

Ethyl acetate can be used in a direct method or an indirect method. The difference between these two methods is virtually irrelevant to the coffee roaster. In both cases, what soluble material can be removed from the green coffee beans are extracted into water, the caffeine is removed by bonding with the ethyl acetate and then the “not caffeine” soluble materials, i.e. oils and flavor opponents, are reintroduced to the green coffee bean after 10-12 hours.

Ethyl acetate decaffeination is not the only method for removing caffeine from coffee. At Olam, we also use Swiss Water Process (SWP or SWD), which pushes caffeine removal to nearly 100% (99.9) and can retain more flavor components. Green coffee beans are cleaned and hydrated and the caffeine extracted. The caffeinated water is run through carbon filters until the caffeine is trapped and removed from the water, which is then reintroduced to the green bean.

Following World War II, decaffeinated coffee was most often available as an instant coffee product. By the 1970’s, decaf coffee in restaurants was associated almost exclusively with an orange packet of Sanka delivered to your table along with a cup of hot water. In fact, when restaurants started brewing decaf in the late '70s rather than offering decaf only as instant coffee, they had to brew decaf into carafes with orange handles because that was the color the public had come to associate with decaf.

It has been said that those who drink decaffeinated coffee are true coffee connoisseurs because they are more interested in taste than the side effects associated with caffeine. With that in mind, we at Olam remain focused on taste when it comes to decaf coffee, whether it be Swiss Water Process or ethyl acetate decaffeination. How does it taste? If you find it on our website, that means it tastes pretty darn good.